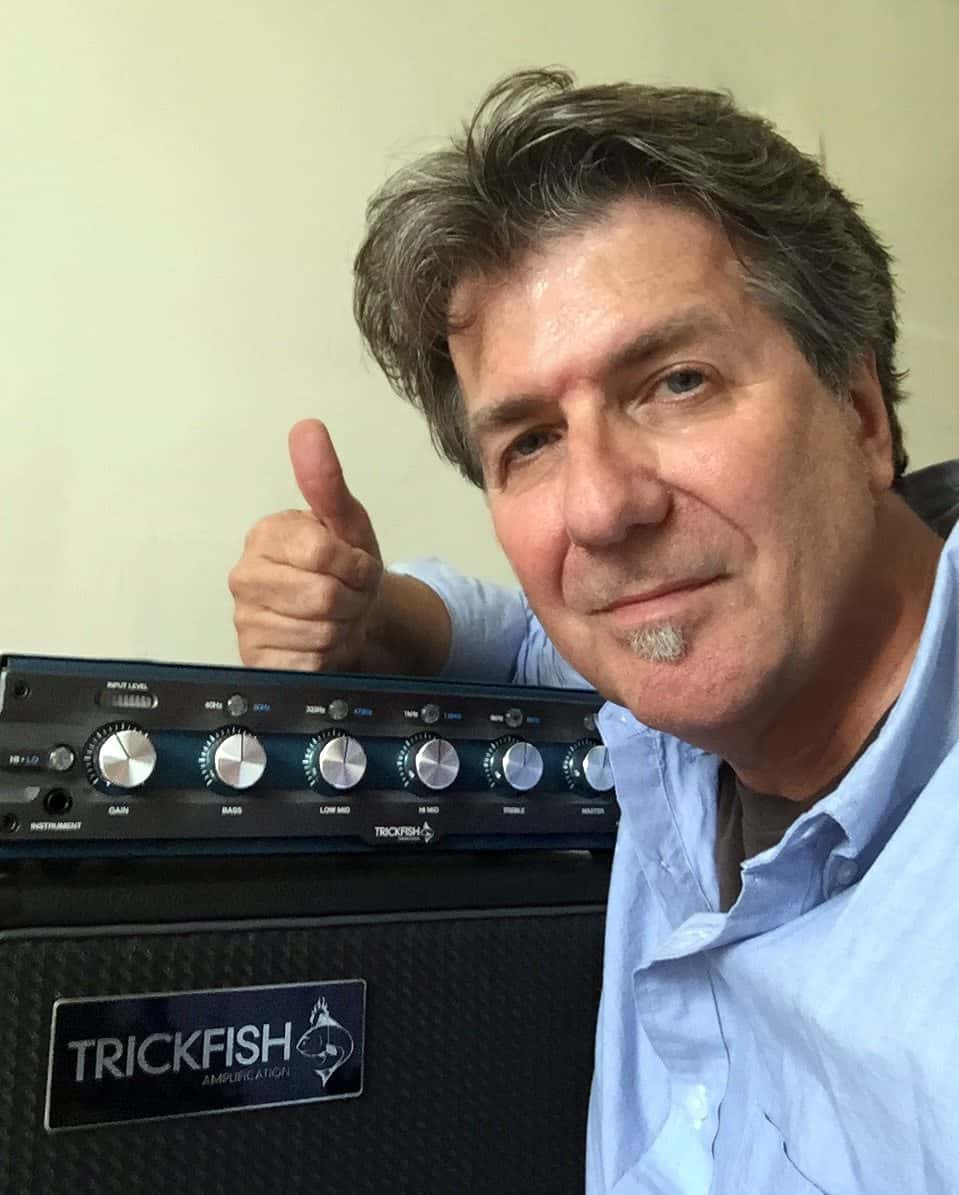 “Tim posted on Facebook that he was on a quest for tone and looking for a new amplifier. He queried the readers for ideas and the floodgates opened. I sent Tim a PM and told of him of the company and the people behind it and his interest was piqued enough to come over and listen. We had a blast. It was encouraging that he seemed genuinely impressed especially after listening to what seemed like every amp on the planet.” States Trickfish founder Richard Ruse. “Tim came by a second time and gave the rig another workout and we sealed the deal. All of us are honored and humbled by his commitment to helping us grow the brand awareness with his formidable skills.”

After having a rig to work with Tim responded via text: “I finally had time today to set up the new rig and I’m just getting to know it. It really sounds amazing. It’s so crystal clear and punchy. It’s the best sounding amplifier I’ve ever played through and that’s no BS. It reminds me of being in a control room and hearing your bass through the Neve and some ATC300’s. I’m stoked – it’s great to have an amp that sounds like yourself – only a lot louder! I hope everyone gets a chance to really play through one of the rigs – it’s addicting. The amp is a game changer.” You can easily check in on Tim anytime by visiting his Facebook page or at his own website: timlanders.com

Continue Reading
Advertisement
You may also like...
Related Topics:Latest, p