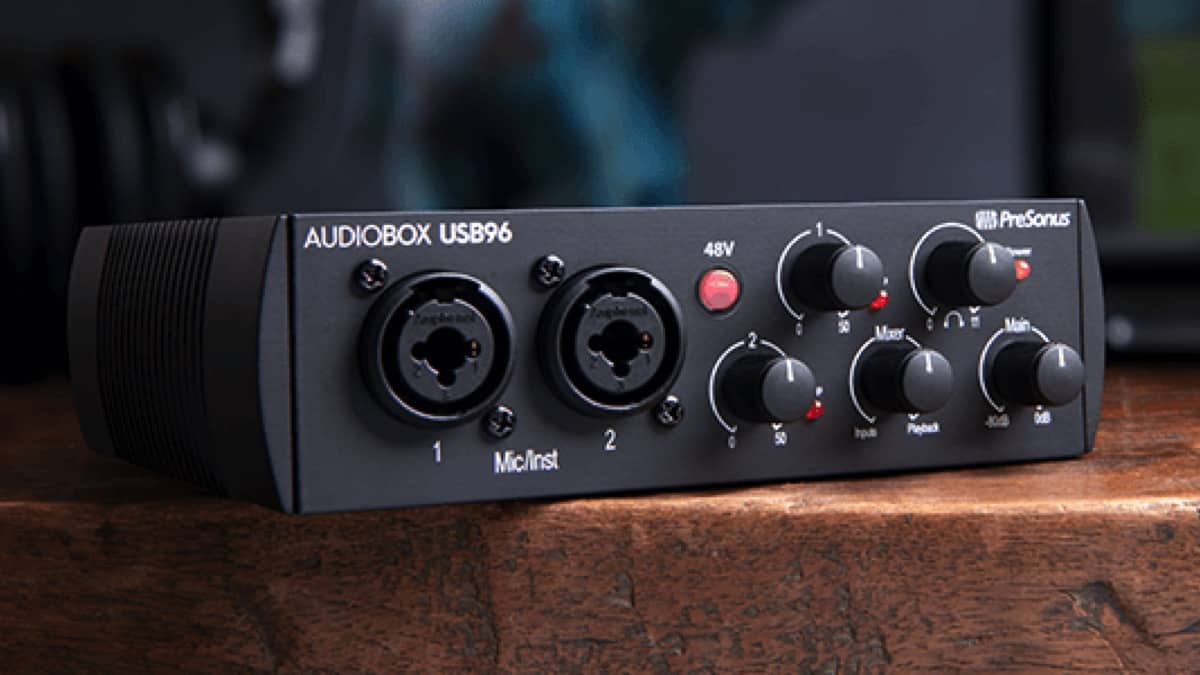 As part of celebrating 25 years of designing and manufacturing innovative, high-quality recording and live sound products, PreSonus® has released a special 25th Anniversary Edition of its best-selling AudioBox USB® 96 audio interface. The new version of this already classic 2-in, 2-out audio interface records at up to 24-bit, 96 kHz and looks as great as it sounds, with a sleek new black enclosure.

A mix control lets you control the level between the input signal and computer playback, without hearing annoying delays. You also get a pair of balanced line-level outputs; an ultra-loud, crystal-clear headphone output; and MIDI I/O. And with its heavy-duty steel chassis, the AudioBox USB 96 can take a serious pounding and remain completely reliable.

Whether you need an easy-to-use interface for home recording, live streaming, and podcasting or you want to improve your video-conferencing audio, the AudioBox USB 96 25th Anniversary Edition will give you high-definition sound in a bus-powered, rugged chassis. A great companion for any recording software, the AudioBox USB 96 25th Anniversary Edition comes with the all-new Studio One Artist version 5 recording and production software and the latest version of PreSonus’ Studio Magic Suite to provide you with a complete recording solution.