Who Was the First Person to Make a Fretless Bass?

Great players like Jaco Pastorius, Pino Palladino, Tony Franklin, Les Claypool and Mick Karn all found their creative voices on fretless bass, but who was the first person to make one?

When Paul Tutmarc, and later Leo Fender designed their first electric basses, they were meant to replace the old, cumbersome and rather soft-voiced double bass. Their new instruments were smaller, lighter, and louder, and like their six-string cousins, they had frets. These factors helped to make the new instrument popular, and by the early 1960s, the bass guitar had become the dominant bass sound in popular music. So why would anybody want to make it more difficult to play? As with many sudden leaps forward in technology, the story has its roots in accidental expediency – the need to fix something broken, and inadvertently creating something new. 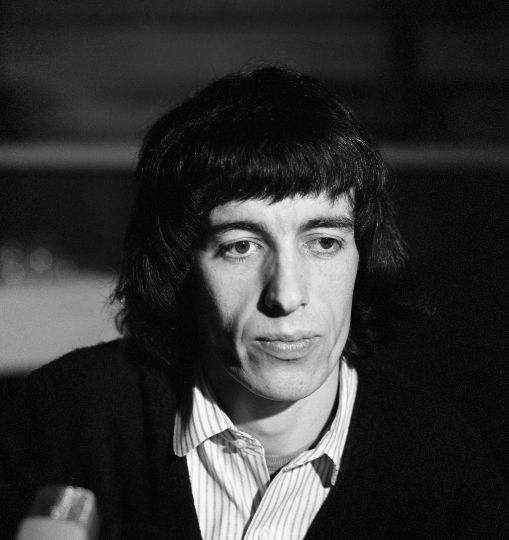 His ambitions to become a professional musician were awoken at aged ten, when his aunt took him to a dance, and he was amazed at the skill of the players. In his early teenage years, he studied piano, but he didn’t stick at it. In 1955 he was called up for his National Service (at the time, all young men in the UK were expected to serve in the armed forces for 18 months), and was posted to Germany where he bought a cheap acoustic guitar and began to learn the basics of chords. While he was there he caught the emerging sounds of rock-n-roll on American Forces Network, and returning to England, he played in a ‘Skiffle’ band with Brian Cassar – later to form Casey Jones and the Engineers, one of the bands that competed with The Beatles for gigs in Liverpool.

When he was released from the Royal Air Force, Bill worked as a clerk and used his wages to buy a Burns electric guitar.

He soon joined The Cliftons as ‘bass guitarist’ – using down-tuned strings, and later actual bass strings. The sound wasn’t great, and after attending a gig by The Barron Knights and hearing the huge sound of bass player Barron Anthony’s electric bass, he was determined to acquire one himself. He heard that a friend of The Cliftons drummer Tony Chapman was selling a Dallas Tuxedo bass, so he quickly bought it, but it was a disappointment:

“I was glad to finally have a ‘real’ bass. Unfortunately, it was bloody horrible!… it rattled with every note because the frets were so worn”.

Perks decided that the best option was to remove the frets all together, and replace them when he could afford to.

But without the frets, the bass had a special sound, and he later filled the slots with wood putty. Bill recalled that:

“When I pulled ’em out, it suddenly sounded really good! So I never put [the] frets back in”.

In June 1962, Tony Chapman auditioned for The Rolling Stones – a new Rhythm ‘n’ Blues band that was being formed by Mick Jagger, Ian Stewart and Brian Jones.

Chapman was successful, but the rest of the band were really waiting for Charlie Watts to become available. The band soon became dissatisfied with Chapman’s playing, and Mick Avory (later of The Kinks) and Carlo Little (on loan from Screaming Lord Such) also had stints behind the kit, but they couldn’t commit to the band. By the end of the year, Wyman joined his former bandmate as bass player as a replacement for Dick Taylor. In early 1963, Chapman left to form ‘The Preachers’ and the Stones finally managed to hire Charlie Watts as his replacement. The classic Stones rhythm section was at last complete. Embed from Getty Images

The fretless bass Wyman had created was used on many well-known Rolling Stones songs such as ‘Paint it Black’ and ‘Mother’s Little Helper’, and he played it on all their albums until 1975.

By pulling the frets off his cheap electric bass, Wyman had managed to steal a march on the main bass manufacturers. The first commercially available fretless bass was Ampeg’s AUB-1 which arrived in 1966, and Fender followed suit with their fretless Precision bass in 1970, but neither sold in huge quantities. It took a virtuoso to make the bass community consider the fretless bass as an instrument that was not just a novelty.

In 1972, Jaco Pastorius was to take a similar route to Wyman when he created a fretless bass by taking the frets off his ’62 Jazz.

Jaco’s revolutionary 1976 debut album ‘Jaco Pastorius’, and his later collaborations with Weather Report and Joni Mitchell helped cement his reputation as a virtuoso, and his innovative playing extended the possibilities of the fretless electric bass guitar as a solo voice. This expanded the popularity of fretless basses and influenced the next generation of players such as Pino Palladino, Steve Bailey, Michael Manring, Gary Willis and Steve Swallow.